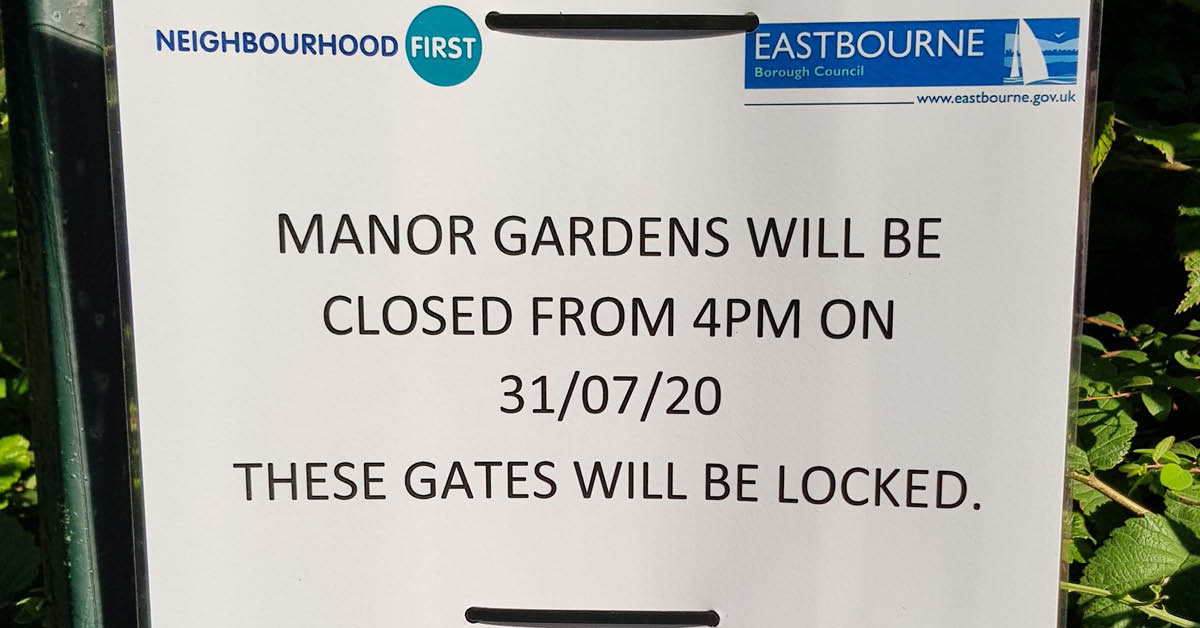 Over the past few weeks Gildredge Park has been in the spotlight due to 2 illegal raves being held there, the latter being on 24th July.  The police had received warnings from local councillor Robin Maxted, via a local resident who’d been tipped off,  that a rave was being planned for that evening.  A police spokesperson said there were ‘plans were in place’ but it seems they were not expecting as many as the 450 who turned up.

The police initiated a dispersal order and the park was cleared by around midnight, but not without incident.  2 police officers and an emergency worker were assaulted, police cars were damaged and 4 arrests were made.

According to police reports, whilst the majority of those attending acted in a responsible manner, there were a substantial number who didn’t.  That aside, this size of gathering is illegal under the Government’s  Covid-19 regulations.

Cllr Maxted attended the scene early the following morning and, whilst some litter had been properly disposed in bins and bags, there was still a substantial amount scattered around the park.  This mostly comprised plastic and glass bottles, plastic tumblers, empty Nitrous Oxide chargers and plastic drug wraps.  He said “I spent a couple of hours clearing up and managed to fill 2 large bin liners with the litter that had been strewn around the area. The most worrying aspect was finding broken glass from smashed bottles in the children’s play area”. 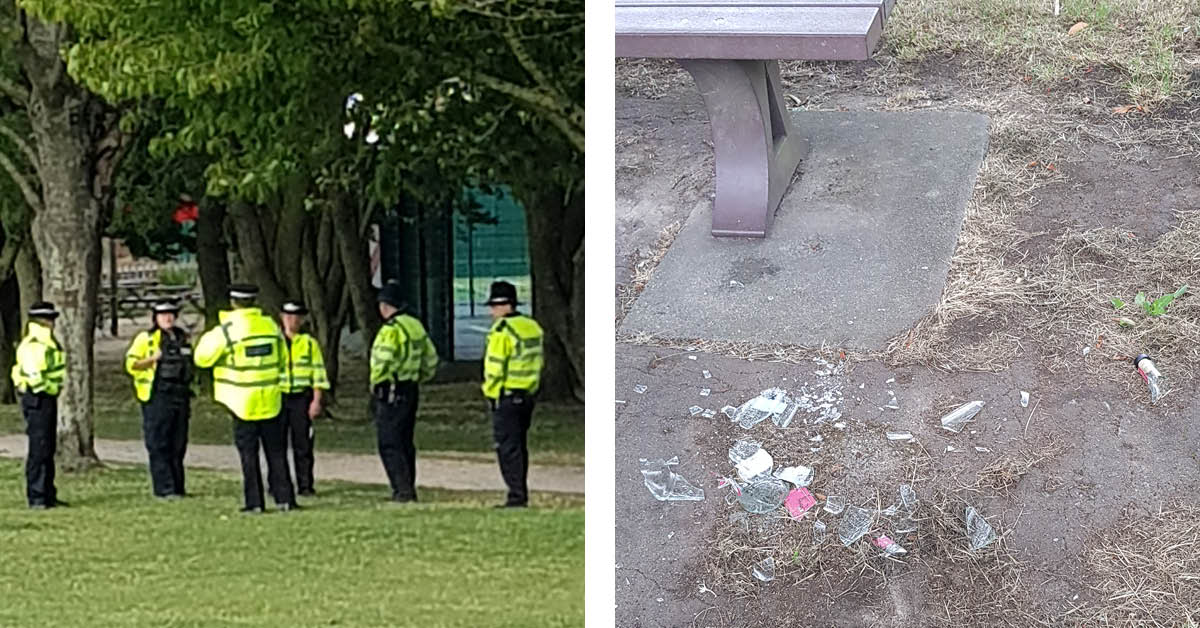 The police were taking no chances the following Friday (31st July) and were better prepared, with greater numbers and a more visible presence than the week before.  Entrances to Manor Gardens had all been closed from 4pm and all entrances to Gildredge Park were manned by police and council security officers.  This may have put organisers off, as there was no sign of a party or partygoers.  Let’s hope that continues.

According to some local residents, anti-social behaviour in the park has been a frequent occurrence, particularly over these past few months.  Sometimes involving fewer people but, according to a local resident “much drunken shouting and sometimes music going on, sometimes until 3 or 4 in the morning”.

We would like to assure local residents that we will continue to support local residents with their concerns.  We will work closely with Neighbourhood First and continue to encourage the police to be proactive in minimising anti-social activities in the park.