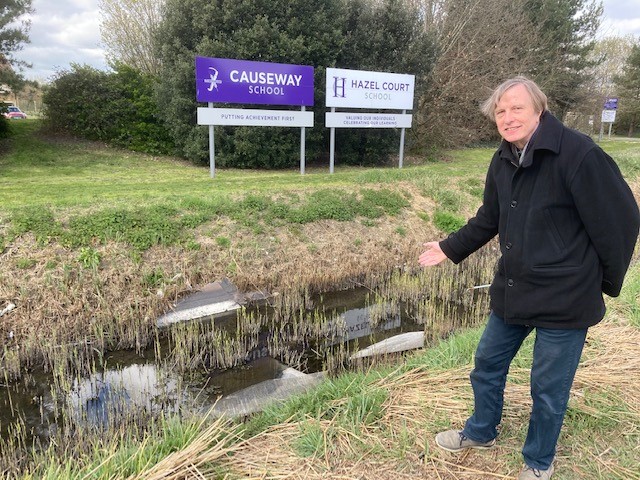 Two Shinewater Park matters currently preoccupy your Langney Councillors - the recent park fire and the lack of dredging of its waterways...

Our Langney councillors have condemned the arson attack on Shinewater Park. This behaviour is not only extremely dangerous but is also a severe threat to wildlife in the park.

Cllr Alan Shuttleworth, who is Chair of Shinewater and North Langney Partnership, has reaffirmed the good work that is going on in the park involving local groups, schools, the angling group, Friends of Shinewater Park, an ECO group called Blackberry Buzzard and local residents. Each group working hard to improve provision in this beautiful and natural watery environment.

Our councillors have contacted the Environment Agency about concerns relating to the upkeep of the waterways throughout Shinewater Park. One of the concerns that we have raised is to do with reductions in dredging and the amount of plastic pollution in the waterways. Councillor Alan Shuttleworth has been in contact with the Environment Agency throughout recent months to highlight the need for dredging work in Shinewater Park waterways to reduce the risk of flooding to nearby housing and streets.