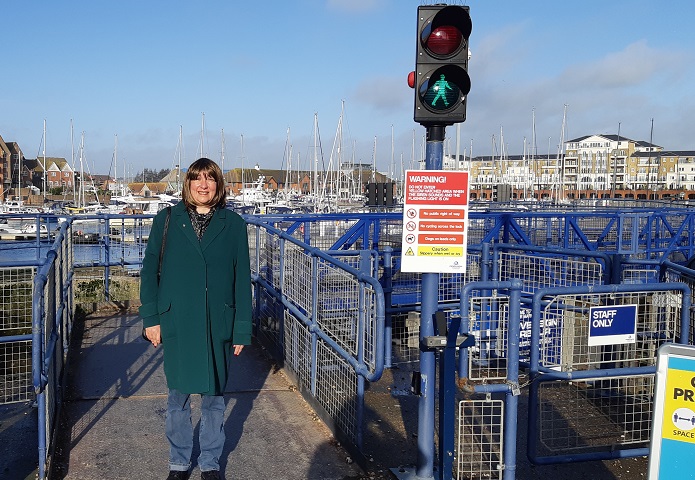 As your Sovereign Spokesperson, I am already working for you on key Sovereign issues. The cladding issue is affecting many people in both North & South Harbour. In the absence of help from Caroline Ansell, Eastbourne's MP and Sovereign Councillor, a number of you contacted me.

I started lobbying immediately on your behalf as the financial costs some residents are facing are huge; the change of rules that have happened since you bought your apartments is totally unfair. You should not be held responsible.

Mrs Ansell eventually got in touch with me following my letter to the Herald. I am pleased to hear she has now signed the McPartland Smith amendment to the Fire Safety Bill to support leaseholders, and that this week the Government has earmarked a further £3.5 billion to cover the cost of these works. However, although these are steps in the right direction, it is regrettable Mrs Ansell abstained on the recent relevant vote and the government are still requiring leaseholders in buildings less than 6 stories high (18m) to take out loans to pay for cladding changes; this means paying back £50 a month on these loans. This week’s announcement flies in the face of the Prime Minister’s recent assurance that leaseholders would not be paying out. Government must increase the proposed developer levy to cover these costs, not least because the offer also leaves unresolved the costs for other fire safety defects such as flammable balconies.

Actions speak louder than words! Would you expect your county councillor for Sovereign, Cllr David Elkin to speak out on your behalf? It would appear Mr Elkin has not said a word. Very disappointing.

The government needs to do more to help Sovereign residents trapped in this financial catastrophe. Sovereign residents deserve to be listened to and their issues taken seriously. Something I intend do on your behalf if elected at the county elections on 6th May. Alongside Eastbourne’s Liberal Democrat group, I will put service above party politics. I hope you will vote for me.