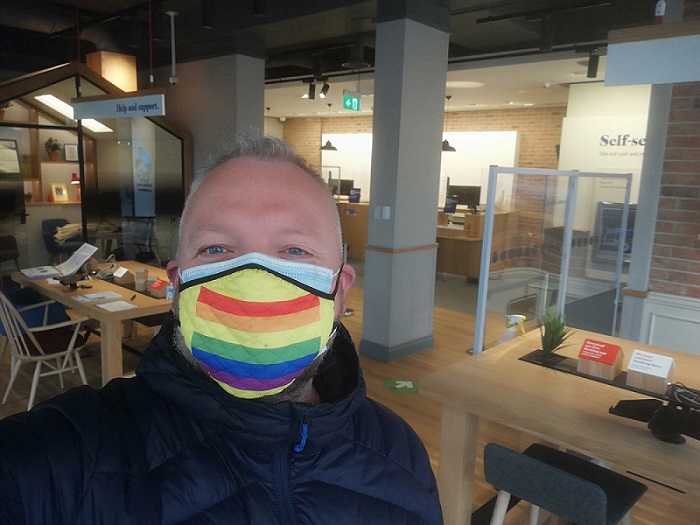 Peter said, "the refurbishment to the Nationwide Building Society has been completed with the branch re-opening recently. I met local and regional managers there to see the work, which is very impressive.

The branch had been closed for several months, prior to which I had sought and obtained commitments from managers that vulnerable residents who rely on the branch would be looked after for the duration of the closure. I obtained a sneak-peek shortly before it re-opened, and following requests from me, Nationwide managers have agreed to provide meeting rooms for local community groups free of charge when Covid restrictions ease. Do let me know if your group would be interested!"