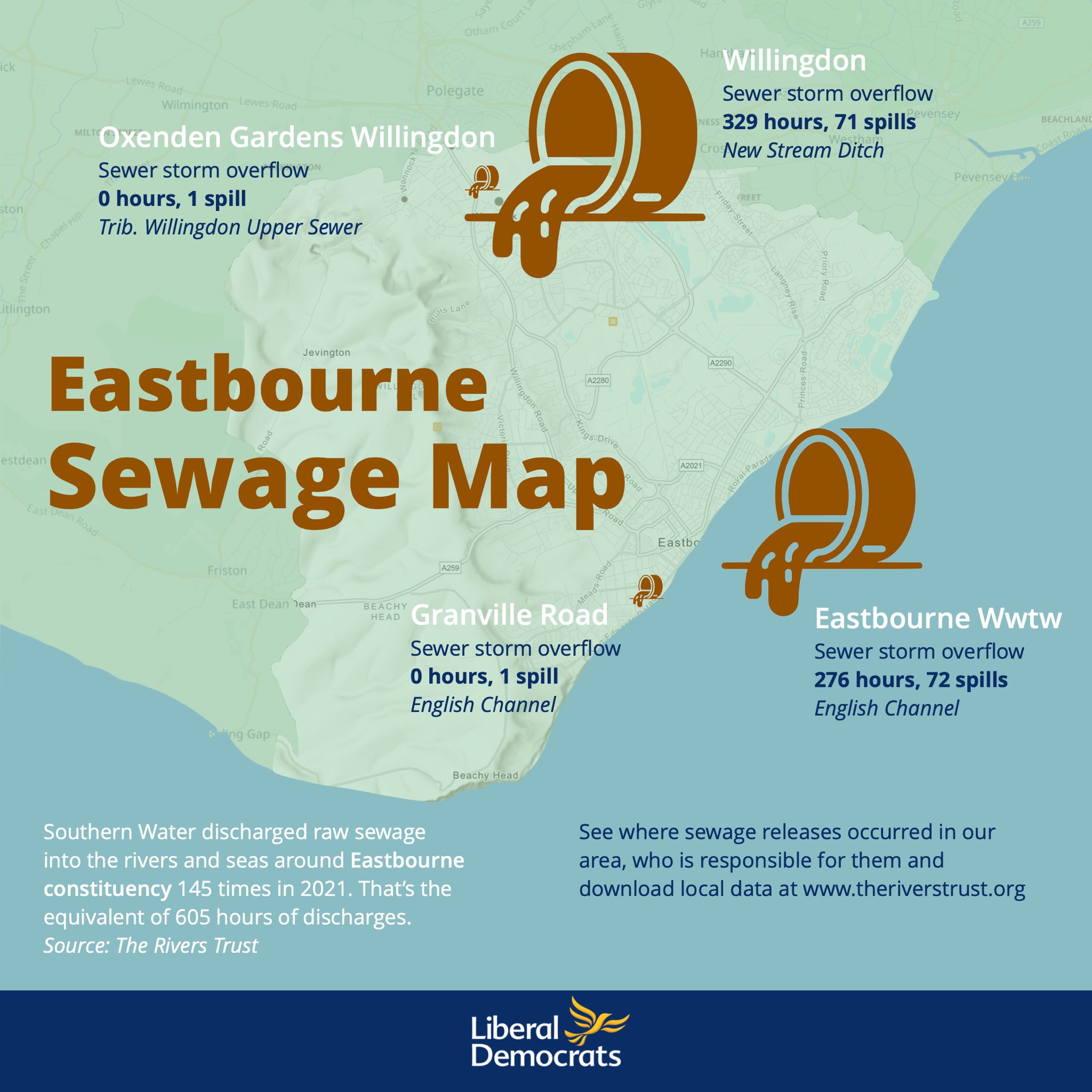 According to new data from the Environment Agency, nearly 276 hours of sewage spills took place directly into seawater and 329 hours of spillages into two places in Willingdon, mostly New Stream Ditch, in 2021.

The Lib Dem Parliamentary candidate for Eastbourne & Willingdon, Josh Babarinde OBE, has slammed Conservatives’ inaction on the issues, and their blocking of opposition attempts to clean up rivers.

The data shows that sewage was spilled into swimming waters - and waterways draining into the sea - for 605 hours in 2021; a massive amount of pollution, affecting wildlife and swimmers alike, and during a pandemic period when enjoyment of the beach and sea swimming was of huge importance to staycation families in Eastbourne & Willingdon.

The data also reveals hundreds of hours of storm spillages in neighbouring areas along the Ouse in Newhaven and Lewes, all of which will have eventually impacted the English Channel.

Conservative MPs, including Eastbourne & Willingdon’s MP, have twice voted down measures to stop pollution flowing into rivers and the sea; the first to make spillages illegal, and the second proposing to name and shame companies.

Locally, Liberal Democrats are campaigning to stop these spillages for fear that seawater and beaches will no longer command the pristine status of previous years, and with huge concerns for wildlife.

“This really should be the final straw, and Conservatives, including local MP Caroline Ansell, should do the easy thing and support the action we all want to see taken to stop raw sewage being dumped directly into the English Channel.

“It’s frankly disgusting to think about the sheer scale of what is being pumped into our local environment!

"This is a national scandal.

"The Government is letting water companies get away with polluting our rivers and poisoning animals for decades to come. Now the public is expected to foot the bill for cleaning up this mess despite water companies raking in multi-billion pound profits.

“Why aren't Government Ministers listening to the public on this? They are ignoring the country's outrage at this scandal. The solution is staring us all in the face.  The Government needs to get tough on these water companies to end this disgraceful practice. A Sewage Tax should also be introduced to make water companies pay for cleaning up our rivers.”